I have the Huawei 4G home gateway modem (model B525s-23a) and enabled Opengate subscription and APN profile on the router. I have defined a rule for my SSH server in Settings > Security > Virtual Server as show in the attached screenshot. On the machine at the IP (192.168.8.122) I have an SSH server listening on port 22. I can reach that server from other devices on the LAN but, not from Internet. I checked from online port-scanner that the port is indeed open on the WAN IP. However, when I try to SSH i get a connection refused. I repeated the experiment with an HTTP service and changed ports but same result: connection refused but, port is opened from point-of-view of Internet. I have enabled packet capture on the machine on 192.168.8.122 and no packets for request from internet can be captured (packets from devices on LAN can be captured). Any ideas on what could be wrong and how to troubleshoot/fix this issue? 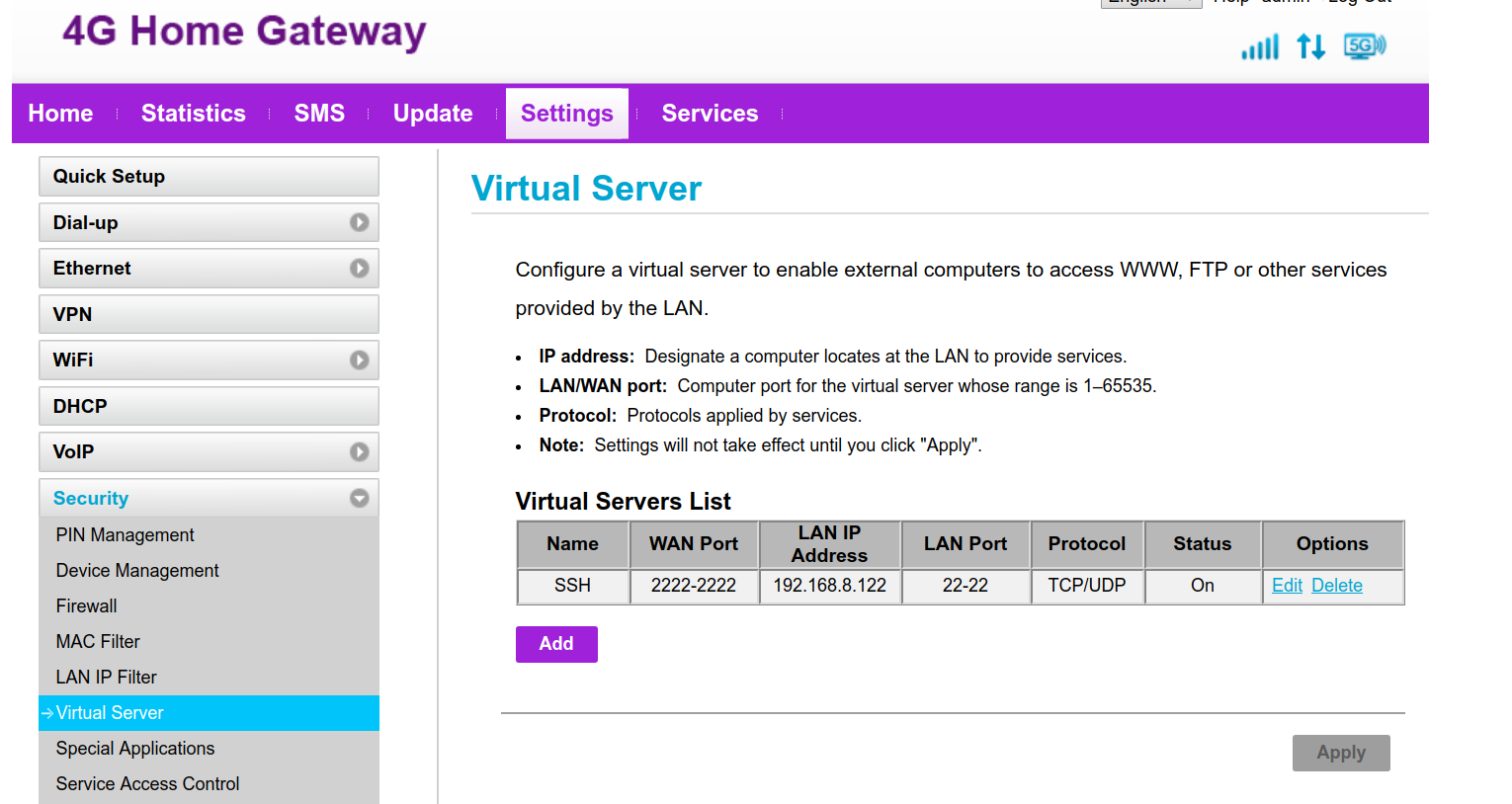 Hello and welcome to our Telia Yhteisö. It´s nice that you have found us.

On our behalf you are able to use port 22. We are blocking only port 25 for outgoing traffic. At your modem settings: have you set APN to opengate?

You have defined tcp 2222 port in wan interface. Are you also opening ssh client connection with that tcp port and not the default 22?

Enter your username or e-mail address. We'll send you an e-mail with instructions to reset your password.